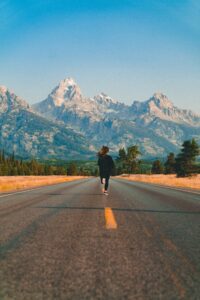 How Footwear Is Changing

I have noticed a recent trend in footwear companies across the board.  Specifically, in their stability and support lines. Support used to have medial posting, which is a foam made of a higher density on the inside of the sole. Sometimes these shoes also have a raised heel on the inside relative to the outside. This makes a wedging effect to prevent the foot from rolling inwards. A lot of foot problems are related to problems in the mechanics along the kinetic chain of the leg. However, not all foot types can tolerate a wedging effect. For instance, a Pes Cavus foot type or a supinating foot should not be forced into excessive supination. This can result in other foot problems.

How Footwear is Using Podiatry Concepts

The latest footwear technology is something similar to what we use in Podiatric Medicine. The new trend attempts to guide the foot to remain straight by having support above the sole of the shoe on either side of the foot. This concept is similar to what is used in Podiatric Medicine, which are “flanges” on medial and lateral sides of the foot. Flanges are designed to prevent the foot from rolling in or rolling out. However, in an actual orthotic this modification can be difficult to tolerate as it may not be the most comfortable. With a  shoe having this design, that makes a flange more tolerable.

This new design does not mean the foot is posted in either direction, it just guides the foot from rolling inwards or outwards. Brooks has changed a lot of their shoes to this new technique called Guide Rails. Similarly, Nike has so called replaced their Structure with the Nike Infinity React Shoe. he footwear companies have claimed that this new design has the potential to help reduce the occurrence of running injuries. Nike compared the Structure to the Infinity React and apparently found the athletes in the study had missed fewer training sessions in the new React Infinity shoe.

A Foot Specialist’s Opinion of the Stability Concept

I have personally tried the Brooks Adrenaline and do really like this philosophy for foot health. The shoes are lighter without the heavier density of foam from the posting on the medial aspect of the shoe. I do like this new concept because it is shifting to a more neutral trend of support across the board.The other reason I do like a more neutral shoe is that it also does accommodate an orthotic well for those who need it. Orthotics should be in neutral shoes to avoid the effect of “ over-correction”. The shoe provides those “flanges “ for support and works well to help an orthotic do its job. The amount of “correction” can be done in an individualized manner in an orthotic based on individual biomechanic numbers, opposed to having a shoe with posting that is one size fits all among a population.

Additionally, in a study of Runrepeat, it was found that neutral shoes in combination with custom foot orthotics had a better impact on foot and lower limb injuries opposed to just stability shoes themselves. https://runrepeat.com/arch-support-study

I do really like this new trend in footwear and have tried it. I approve !